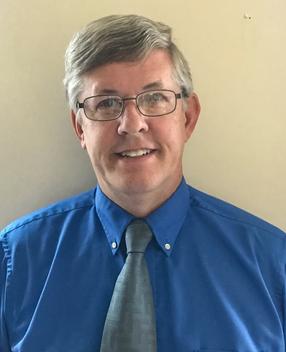 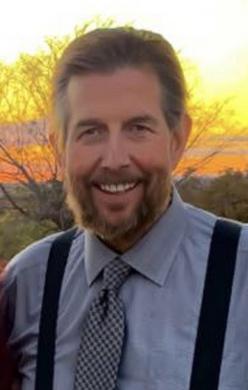 His practice was directly across the street from the largest truck manufacturer in North America.  Over time, he acquired a large number of chronic pain patients mainly from these employees.  Though most patients were seen by specialists, and many had surgery or nerve blocks, they returned to Dr. Barr for opioid refills due to lower co-pays and convenience.  In the late 1990’s, more information regarding potential serious side effects of NSAIDS and Tylenol came to light.  Eager to alleviate the pain and suffering of his patients in the safest and most effective way possible, Dr. Barr “bought in” to large published studies that suggested the risk of addiction to opioids was less than 1% as long as there was a reasonable reason to hurt and no prior addiction history.  The prescription drug epidemic began to be recognized around 2005.  In 2012, Dr. Barr’s license was suspended due to “improper prescribing of controlled substances.”

After his license was suspended, Dr. Barr considered what could be done to help protect patients and his colleagues from the drug epidemic. The “child proof lids” were the last great innovation from the 1950’s to save children’s lives from accidental overdoses.  He realized that once the prescription bottle was opened, the patient could do anything they wanted with the pills.  They could overdose, take extra, share, sell, stockpile, or trade for illicit drugs.  He thought of a way to ensure patient compliance once the prescription left the pharmacy.  Thus, the idea for The Vault System was born.   Dr. Barr spent much of the next 8 months in the library researching and developing the idea, including the theft deterrent system.

In the summer of 2013, he joined Jim Patton, who founded ReVert 18 years earlier, a JACO accredited company dedicated to helping reduce the Prescription Drug Epidemic with safe, conservative non-pill items for chronic pain.  Jim saw the potential as soon as he heard of this innovation.  Blending Jim’s 30 plus years of successful marketing of conservative medical devices used for chronic pain, with Dr. Barr’s 30 plus years of family medicine treating chronic pain, created the perfect management team for bringing this innovation to market.   Enventys, a well-known innovative product development company in Charlotte, NC was hired to engineer this product for proof of concept.

It is Dr. Barr’s passion and desire that The Vault System innovation will protect the public from the Prescription Drug Epidemic by creating a Paradigm shift in the way schedule II & III pills are contained and protected from the manufacturer to the pharmacy to the patient.

John Barr, MD practiced family medicine in a small rural town in central North Carolina for over 30 years.  He spearheaded starting his county’s paramedic program, and served as EMS Medical Director starting with basic EMT through each step to EMT-P---writing all treatment protocols, teaching, and going to local emergency calls in his area.  He cofounded the first Advanced Cardiac Life Support course in his County, and taught ACLS for years.  In addition to a very busy private practice, he practiced obstetrics for 8 years, and worked hundreds of hours in local Emergency Rooms.  He also served as medical director of two large nursing homes, helping to start one of these homes by writing protocols which were approved by the State.  He was selected by Government Officials to serve on several State and County government committees. Being an instrument rated pilot, he also served as an Aviation Medical Examiner performing flight exams on 1st, 2nd, and 3rd Class pilots. He cofounded Third Creek Development Corporation, which built a small shopping center (including his office and pharmacy) across the street from a large truck manufacturer.

Enventys Partners  is a turnkey product development and launch agency.  They have helped file more than 700 patents and have raised more than $100 million through crowdfunding. They partner with a diverse set of clients around the world from Fortune 100s to startups.  Their engineering and industrial design teams take product ideas from a sketch to the store shelf. Enventys and their sister company, Edison Nation, have a special interest in medical related innovations, and have partnered with Carolina Healthcare Systems for this purpose.

The Vault System engaged Enventys Partner’s product development services to engineer a proof of concept model and engineer the designs of The Patient Vault and The Great Vault Stock Bottle.

​​Jim Patton was born in Oklahoma City, Oklahoma in 1962.  He graduated from Mustang High School in 1980.  After high school, he proudly served his country as an officer in the U.S. Army.  Upon leaving the military, he met Brenda Main, they dated and married in 1985 and are still happily married.  As a couple, they constantly strive to work as a team, growing their family and building their companies.

Jim and Brenda have four children.  Angela (b. 1988) has two bachelor’s degrees and has followed her father into the medical business.  Christopher (b. 1992) is currently working on his PhD in Virology.  Tyler (b. 1997), is majoring is Mass Communications: Advertising.  Carson (b. 2001) is attending a private Christian school.  All their children have excelled academically attaining 4.0 grade point averages.  As proud as Jim and Brenda are of the companies they have built, the largest blessing has been nurturing and building their family.  They enjoy spending time together at the beach and in the mountains.  Although family vacations are a highlight, they enjoy watching as their children participate and stand out in their chosen sport.  Jim and Brenda continue to grow their debt free companies and while there is nothing on the horizon, they look forward to spoiling their future grandchildren.

Joint Technology, Inc., their first business together, focuses on conservative care for chronic pain patients.  Joint Technology is debt free and has been in business since 1996.

Always with an eye on the future and looking to diversify, Legacy Homes and Properties, LLC was started in 1998 specializing in single family homes.  Multi-family properties were added later and the business continues to flourish.

Looking to get into the global medical market,Matrix Medical, LLCis a company that manufactures and sells conservative care products in China.

In the summer of 2013, Jim answered a resume’ from Dr. John Barr who was looking for a position in medical sales.  They immediately found they had much in common; including the dangers of the opiate epidemic.  When Jim heard that John had visualized a way for physicians to fight this ever-growing problem, the Vault was born.  Jim immediately saw the benefit of being able to protect the patient from an opioid risk, protect the practice from government investigation and protect the physician from a potential loss of their medical license.  Together, they have worked since 2013 to bring the Vault to fruition.